Did you know constant stress can be a detriment to your health? With all the pressures of everyday life (long workdays, tiring commutes, tight deadlines, etc.), many Americans suffer from stress and anxiety. A Gallup poll from 2017 found that 44% of American adults claim to frequently encounter stress in their lives, with another 35% claiming to sometimes encounter stress. 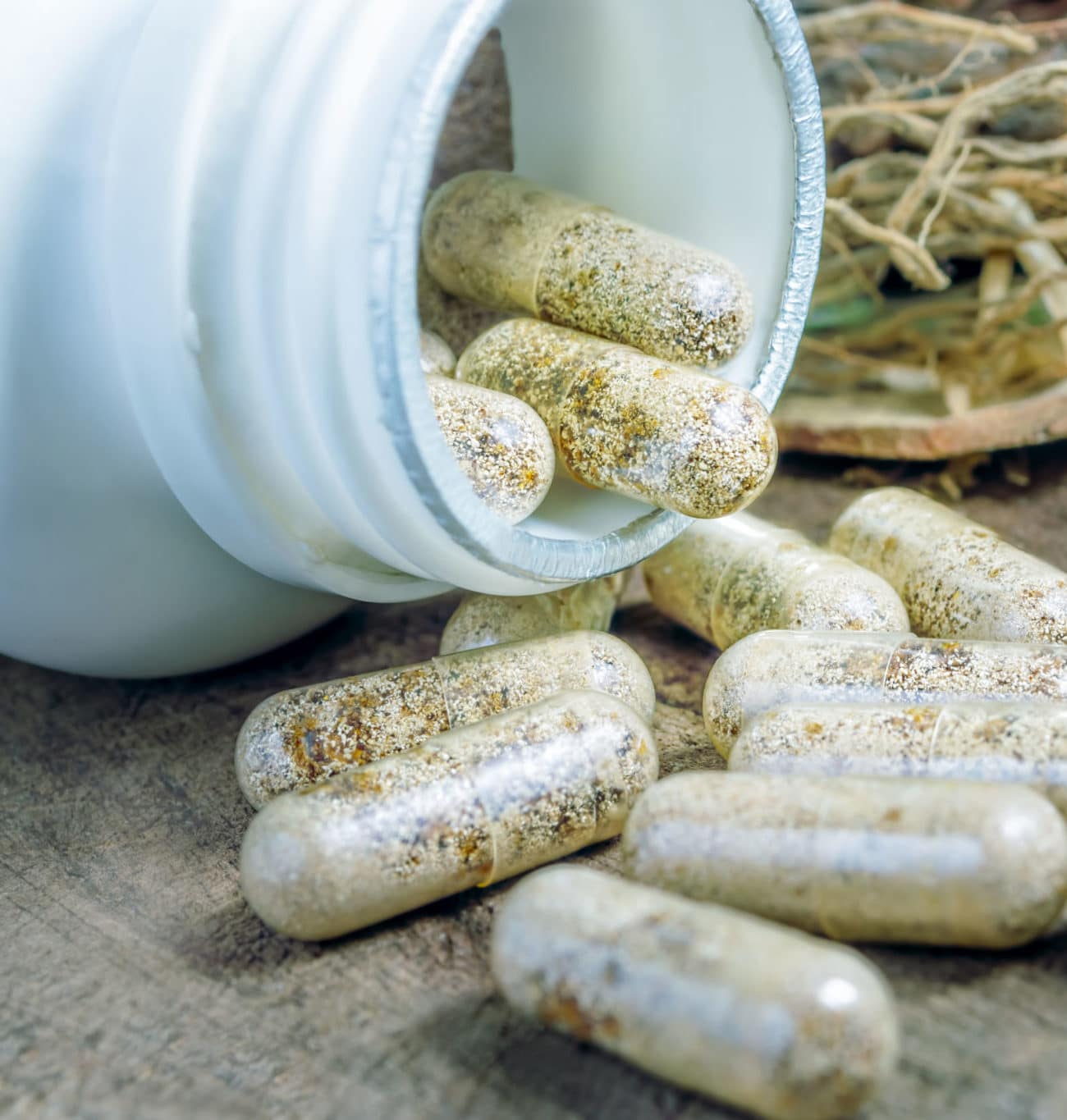 As the sixth leading cause of death in the United States, stress has become a major health issue for its ability to cause other damaging health issues such as high blood pressure, heart disease, and obesity. This research has led stress management aids to become popular among consumers under 40, especially supplements such as adaptogens.

Adaptogens are herbs that train the body to counteract stressors of all types (physical, chemical, or biological). They can be incorporated into most diets through capsules and pre-mixed powders. When taking adaptogens, your body learns how to handle the effects of stress by hacking your stress response. Generally, our bodies go through three phases when we’re stressed:

As the body enters the Phase of Resistance, adaptogens get to work by kicking out hormones caused by the stressor. This increases the body’s energy to avoid crashing and enhances concentration to allow the brain to think clearer. Additionally, adaptogens can potentially combat other health issues such as fatigue, depression, and insomnia.

Each adaptogen claims to have different restorative properties to help the body adapt to stress, so it’s important to know which one will deliver the results you want. For this, we have placed some of the most popular adaptogens into one of three categories: Long-Term Stress Adaptogens, Intense Stress & Anxiety Adaptogens, and Immune Health Adaptogens.

Mainly found in India, the Middle East, and parts of Africa, this evergreen shrub has, historically, been used to treat a wide variety of health problems including arthritis, constipation, insomnia, diabetes, and memory loss. Ashwagandha has also been seen to promote heart health as it has been treated for high blood pressure, high cholesterol, and chest pain.

As one of the most popular types of ginseng, Asian ginseng has anti-inflammatory properties from its high levels of antioxidants and can improve brain functions such as memory, behavior, and mood for short periods. It has also shown to improve pancreatic cell function and boost insulin production to improve blood sugar.

Siberian ginseng is usually used to treat conditions for the heart and blood vessels including high blood pressure and low blood pressure. This has allowed it to be used for improving athletic performance and focus.

Also known as Arctic root, Rhodiola rosea has been seen to stimulate serotonin, norepinephrine, and dopamine activity to bring a balance between the neurotransmitters, leading to healthy neurological functioning. Other benefits of the herb include alleviating fatigue, enhancing exercise performance, and possibly improving diabetes.

Along with its ability to boost mood and lower stress levels, Schisandra has been seen to maintain vitality and support cellular function, as well as protect the skin from environmental stress, toxins, and overexposure. Schisandra also has extreme levels of antioxidants, making it an ideal choice for an anti-inflammatory.

This popular fungus is also known as the “spirit plant” in China for its calming properties such as alleviating anxiety, easing depression, and relaxing the body. On top of this, extracts of reishi have been seen to have positive effects on the immune system as it produces natural killer cells that detect and potentially destroy harmful, damaged cells.

Chaga is another rich antioxidant adaptogen that is used to boost the immune system and reduce inflammation. Some studies have seen the mushroom to slow the aging process and reduce low-density lipoprotein, also known as the “bad” cholesterol.

If you’re ever feeling low on energy, cordyceps is a great addition to your diet to give you a boost in endurance and stamina. Studies have found that cordyceps can improve athletic performance because they help the body utilize oxygen more efficiently and enhance the body’s blood flow.

Now that we understand the different effects of the most popular adaptogens available, there is a simple way to ensure you are getting the most out of these pharmaceuticals: